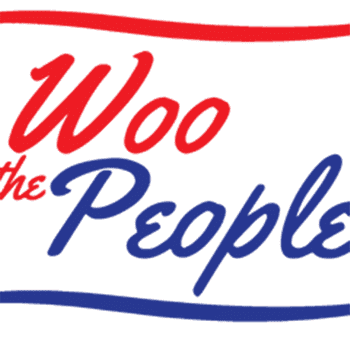 Woo the People is a forum for people to communicate with one another. It was created to share ideas, exchange thoughts, problems, issues of concern, life experiences and any other topic of interest - including civil and respectful political exchange.

At WooThePeople.com, you can discuss politics and feel free to express opposing viewpoints without feeling judged or being mistreated or insulted. It is a gift to be able to discuss your experiences, share and help others. We learn from each other through communication and dialogue. Knowledge is power!

It is very rewarding to be caring and altruistic no matter what ideology or what beliefs you may have, thus, Woo the People! In current times, we find ourselves extremely divided. We must WOO one another and find what we all have in common - try to love one another rather than trying to insult or hate each other.

You are not alone. Share, compare, communicate, inform, learn and exchange knowledge and experiences with other people!
The greatest natural resource and asset of all countries including the United States is the people.

Do you have questions for Woo the People?

Log in to ask Woo the People questions publicly or anonymously.

Woo the People
Woo the People is of the people, by the people, for the people
Posted recently
OPINION: I think the highest levels of the US government is compromised & has been penetrated by spies & influencers to the detriment & downfall of the country.
While this country is infighting & wasting time on trivia & nonsensical matters of no consequence the Chinese are taking over the world!
Almost all medications & major essential computer supplies & other essentials come from China.
The Chinese have bought parts of Africa, South America , the Middle East & even large parts of American & European agricultural land & technology & innovation, including major companies. They have infiltrated the highest levels of most governments including the US.
While the US is concerned about transgender issues & pronouns & unisex bathrooms & teaching little kids woke culture & sexual awareness, China is taking over the world economically, militarily & politically.
This has been a multi decade plan & the world relies on Chine for almost everything including foodstuff
My opinion is that the Chinese control
much more than we think or know in this country in collusion with top government officials & Soros types
I hope I’m wrong !

Woo the People
Woo the People is of the people, by the people, for the people
Posted 3 days ago
Who said Stalin & his henchman Beria & the KGB are dead ?
Who said Hitler & Himmler & Goebbels & the SS & Gestapo are dead ?
Their legacy continues in “The People’s Socialist Republic of The United States”.
Fascist & Communist methods of operation are very popular with the imposters Biden & handlers & Nancy Pelosi, Chuck Schumer, Adam Schitff & the democrat party.
They have the DOJ & the FBI as the enforcers of their tyranny & fascism.
They also have the state media, corrupt MSM as their propaganda arm to report the fake news, that the state orders.
If need be the “reserves” of complicit judges & ” brown shirt” anarchists & mobs are there for further intimidation.
Except they call themselves “ Antifa” & “ BLM” and have other fancy names !
The raid that took place at Trump’s home in Mar A Lago for 12 continuous hours
was a complete witch hunt & fascist.
These were the methods of Nazi Germany & Stalin communists.
President Trump & his legal team were cooperating with the DOJ & FBI all along !
This outrageous behavior by the government of The Unites States of Ameica against a former President is appalling & illegal ! This is pure persecution of an ex President.
Merrick Garland & his 5 minute conference was a joke which answered nothing, absolutely nothing !
Biden is in hiding because he does not have the capacity nor the courage to face the people.
Talking of henchmen, Biden’s handlers know how to use them including Christopher Wray of the FBI !
Finally the disgustingly corrupt news media are there to spin the truth & falsify the truth as they usually do for the democrats !
This has to end or The America we knew & loved will no longer exist !
Post

Woo the People
Woo the People is of the people, by the people, for the people
Posted 4 days ago
The naïveté & denial of Republicans & conservatives in evaluating the criminal activities of the present day democrats & Biden & team is disturbing. They say that if the DOJ & the FBI do not find something really big in their raid of Donald Trump’s Mar A Lago home, the democrats would be in trouble.
These Republicans are still under the illusion & belief that the democrats are acting legally & decently!
No, the democrats & the democrat machinery including the judge who approved the search warrant & the now corrupt DOJ & FBI are not acting morally or legally!
Be sure that they will find something phony “ damaging” to try to further destroy Trump. I would be surprised if they have not planted something damaging while carrying out the raid.
They did not allow anyone from Trump’s team to observe their conduct & misbehavior ! The raid was a complete setup & fraudulent act.
Wake up, this is no longer a country with two parties trying to compete to run the country on a level playing field & for the benefit of the country.
This is a country with one party hell bent to keep power at any cost & with whatever diabolical illegal means necessary !
That party is full of activist judges & weaponized government agencies & corrupt actors including a very corrupt MSM !
Post

Woo the People
Woo the People is of the people, by the people, for the people
Posted 5 days ago
What a mockery of deeds & words. " nobody is above the law" used by the exact people who are breaking the law & act above the law. This is a phony sanctimonious political ploy by the left democrats to act above the law while they accuse their innocent opponents of being above the law. For 6 continuous years they have acted above the law and accused Trump & his aides of doing that which they practice daily. Never in American history has a party abused & usurped the laws like Biden & Nancy Pelosi & the corrupt democrats & their sycophants & activist followers.
Post

Woo the People
Woo the People is of the people, by the people, for the people
Posted 6 days ago
The raid against the home of an ex president was totally orchestrated and manipulated & planned.
All that was needed was a corrupt bought & sold democrat activist judge to be solicited to issue a meritless search warrant & he did exactly that.
His name should be exposed & he should be thrown off the court !
The FBI under the DOJ obtained the search warrant.
All Republicans, House Representatives, Senators and Governors & all in positions of power including all conservatives & moderates should unite & really fight as dirty as the democrats & the democrat machinery.
This country has to be saved by its people.& time is running out.
Post

Woo the People
Woo the People is of the people, by the people, for the people
Posted 6 days ago
What is happening in America is a disgrace !
Raiding the house of an ex President is shameful, illegal, criminal & Fascistic.
This has never happened in America & the head of the Department of Justice Attorney General Merrick B. Garland & the head of the FBI Christopher A. Wray are criminal gangsters worse than the Gestapo & the SS of Nazi Germany under Hitler.
Those who should be arrested, including Hillary Clinton & Hunter & Joe Biden & corrupt democrat politicians are getting away while the Trump family is being wrongfully persecuted & intimidated right along with his supporters.
It is no longer a free state with neutral government agencies but a police state with a complicit corrupt government & news media.
It has basically come to who ever has power, which in this case are the democrats, will illegally use that power to silence & intimidate all opposition like a banana republic or a tyranny.
The abuse of power is done out in the open & completely without any fear of impropriety or illegality. Responsible representation of the people is over & done with & lawfulness means nothing anymore.
The attorney general is a criminal who started targeting parents in school board meetings & harassing innocent citizens in all walks of life.
The American people have been sold out by the deep state & its corrupt participants including the MSM. The lies the MSM spins is so blatant & obvious, all done with no shame or a grain of truth.
What they don't realize, is that the loss of freedom will overtake themselves sooner or later & they will regret it when it is too late !
Post

Woo the People
Woo the People is of the people, by the people, for the people
Posted 12 days ago
It’s a done deal !
Biden & his administration including Nancy Pelosi & both branches of congress & the democrat party have given China the green light to overtake Taiwan.
The trip Nancy Pelosi took to Taiwan, under the “ threat” of her plane being shot down by the Chinese was a complete prearranged hoax & gimmick.
They have sold out to the CCP from a long time ago. The deal has been made behind closed doors long ago !
Her trip was a distraction & the opposite of what the truth is.
This is like Biden telling Putin, “ a little incursion into Ukraine is ok”.
Under this administration China will take over Taiwan just like Russia is taking over
Ukraine & many other neighboring countries without any resistance or deterrence from the US & Europe !
Post

Woo the People
Woo the People is of the people, by the people, for the people
Posted 12 days ago
The obvious has come to light: A new study suggests that marijuana legalization leads to more cannabis use and perhaps addiction, particularly among adults 26 and older !
Any mind altering drug, including excessive alcohol use is harmful to people & society in general.
I never needed “ studies” nor “ experts” to tell me that !
The legalization of drugs is part of the effort of the dumbing down of the population & making younger people passive & indifferent to important issues that effect their lives.
Post

Woo the People
Woo the People is of the people, by the people, for the people
Posted 12 days ago
The obvious has come to light: A new study suggests that marijuana legalization leads to more cannabis use and perhaps addiction, particularly among adults 26 and older !
Any mind altering drug, including excessive alcohol use is harmful to people & society in general.
I never needed “ studies” nor “ experts” to tell me that !
The legalization of drugs is part of the effort of the dumbing down of the population & making younger people passive & indifferent to important issues that effect their lives. 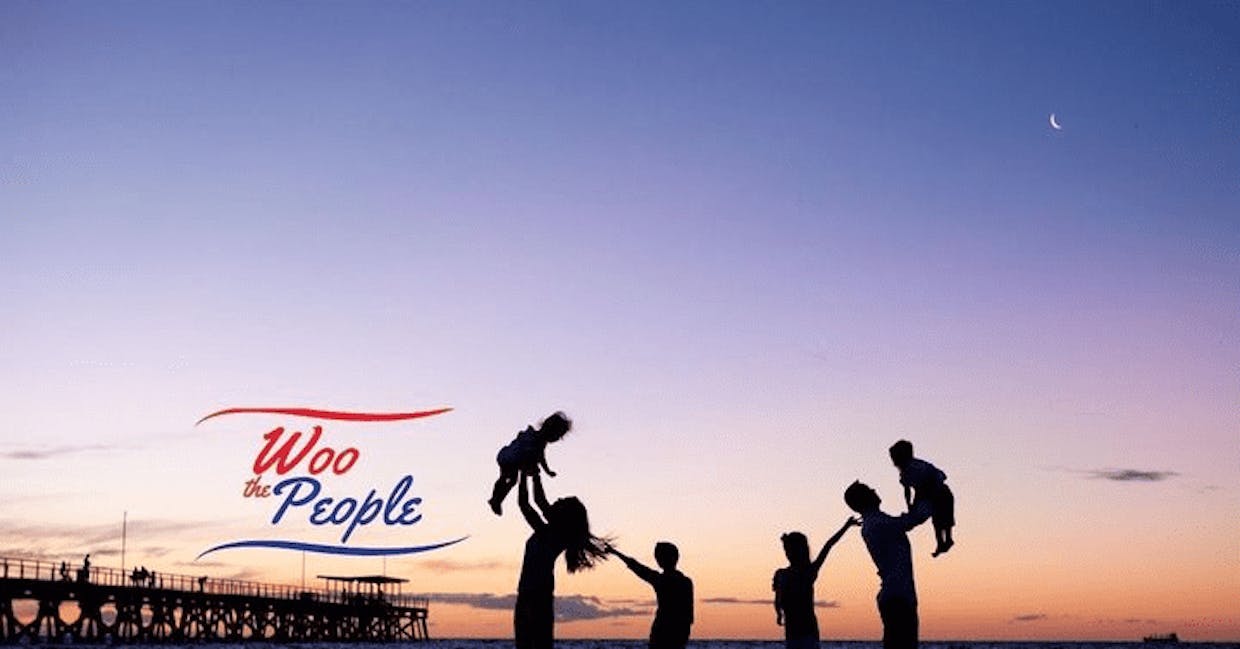